Tweet
The Central American island nation was isolated from the world for a long time, what is it like to be there today?
By: Yee Hoi Mun

With one of the most heralded healthcare systems in the world, and a near perfect national literacy rate, Cuban life might seem simple to the outsider; it is anything but. For decades Cuba's strictly communist government, led most notably by revolutionary, Fidel Castro, closed off the country. With the reality of economic hardships, Cuba would eventually slowly open up, inviting international tourists to its beautiful beaches, colourful pastel coloured plazas, and memorials to revolutionary heroes. 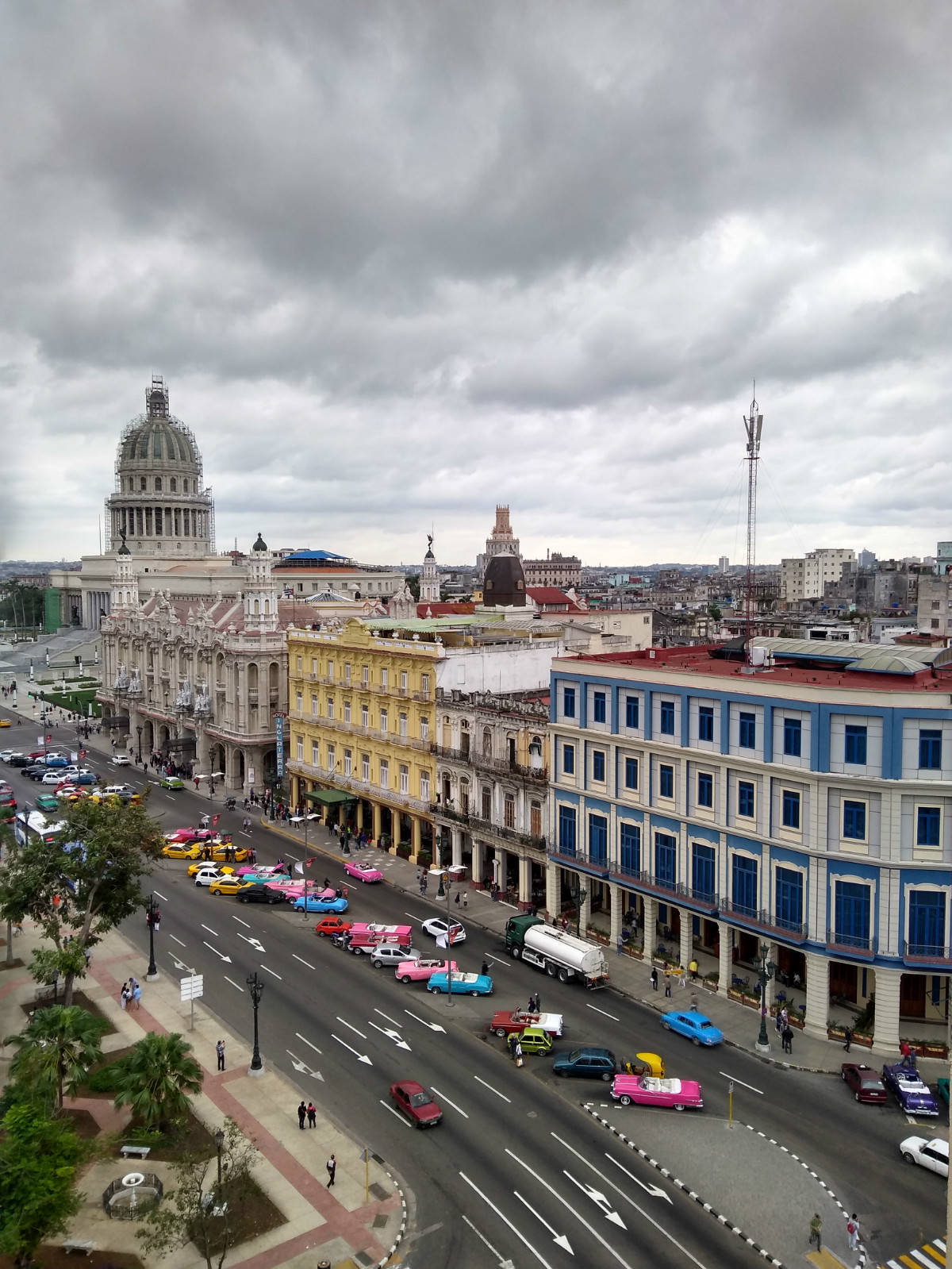 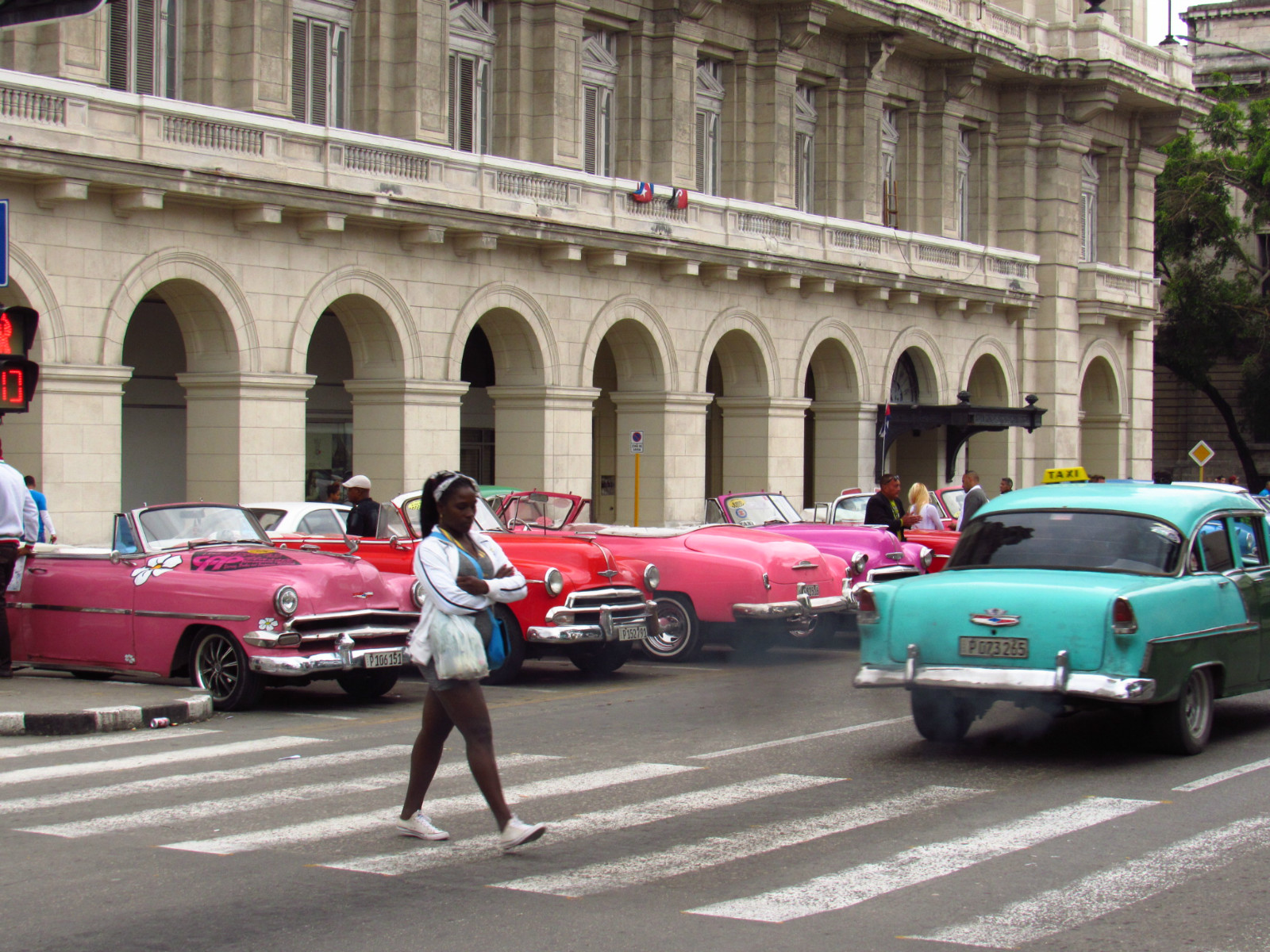 Havana is the iconic capital of Cuba, best known for the popular pink and blue convertible taxis from the 50s and 60s. Taxis are big business in Cuba as they are the main mode of transportation for tourists, some of the old-timey cars can fit up to 11 people! It is one way of taking advantage of the mini tourism boom in recent years. 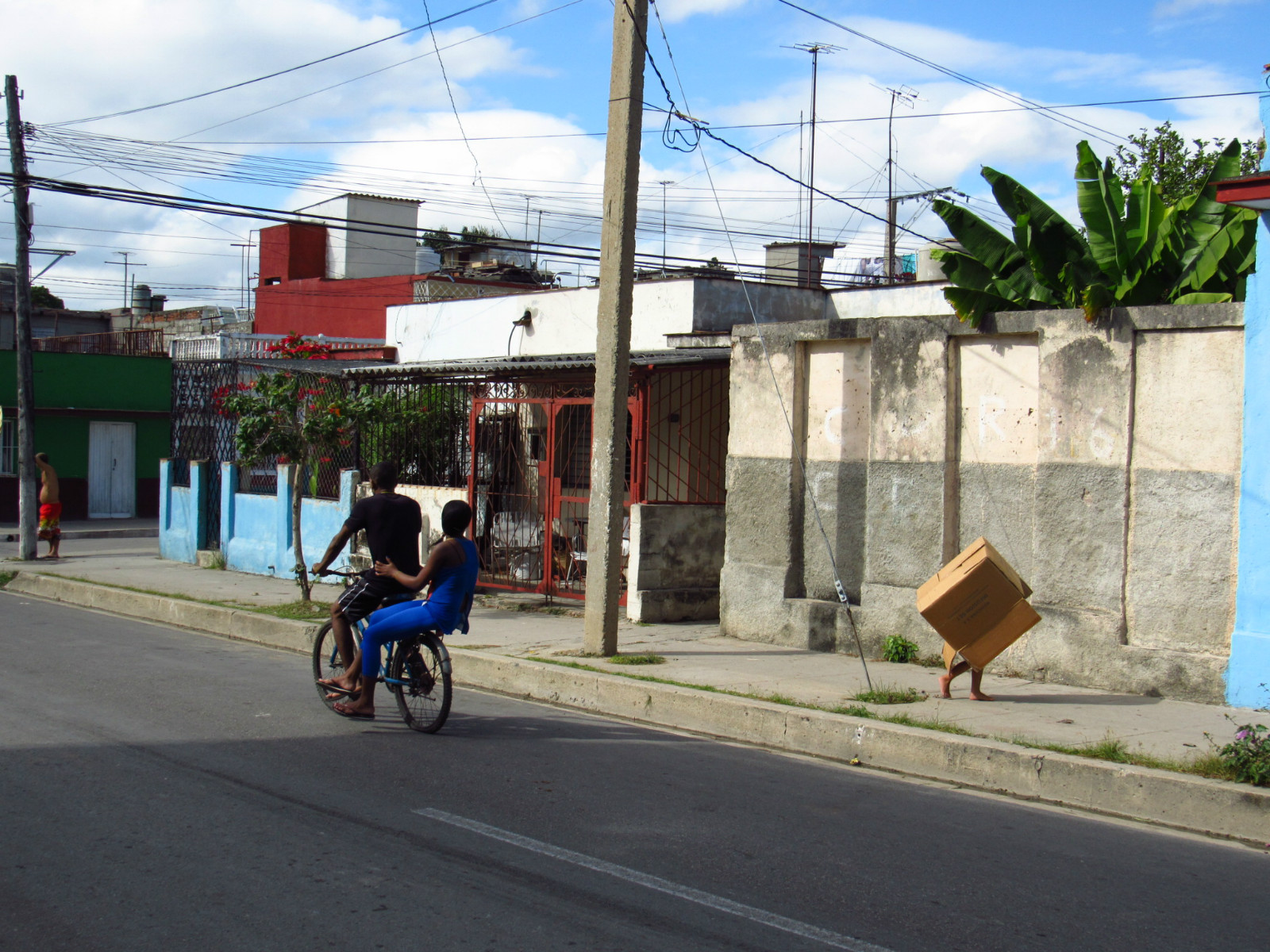 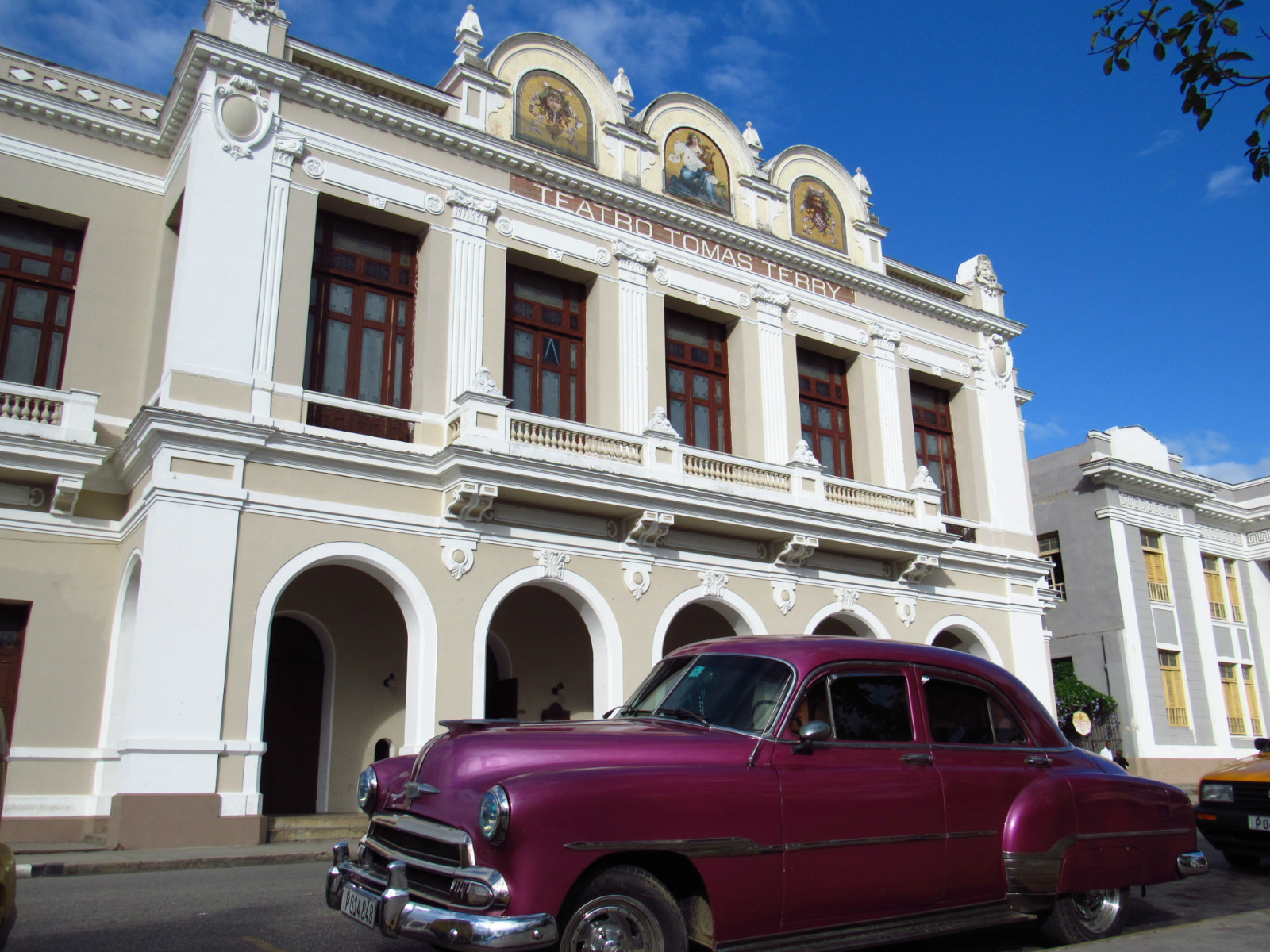 Cienfuegos is a city on the southern coast of Cuba, its historic centre is listed as a UNESCO World Heritage Site, cited for the neoclassical architecture and urban planning from days during the Spanish Enlightenment. (Top) The photo depicts the simplicity of life for Cubans, often commuting by bikes, while children can entertain themselves just with everyday objects, like a box. (Bottom) An example of a neoclassical building. Teatro Tomas Terry is currently undergoing major renovation, when reopened, visitors can enjoy classic Cuban music, orchestra, or just tour the building. 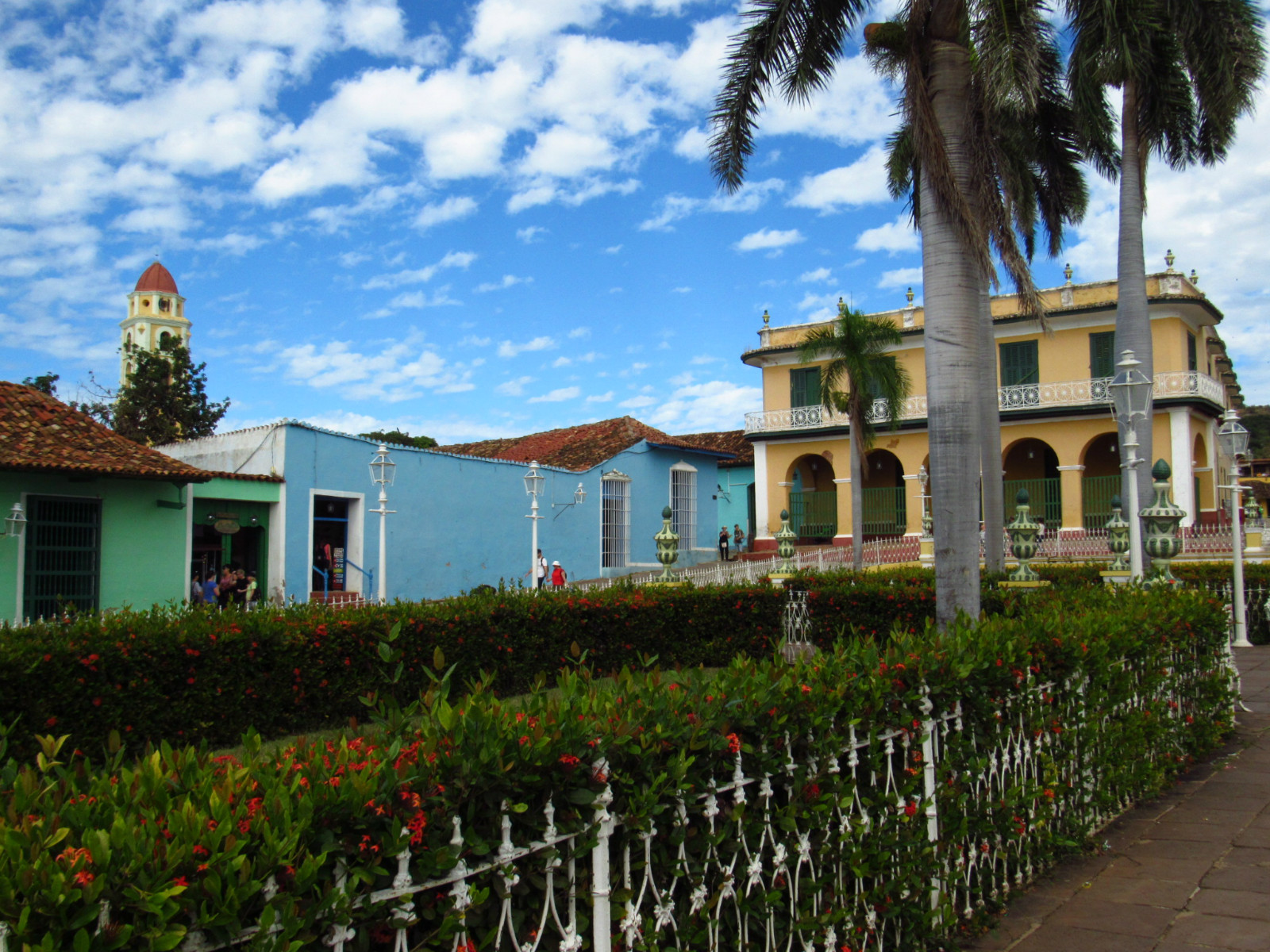 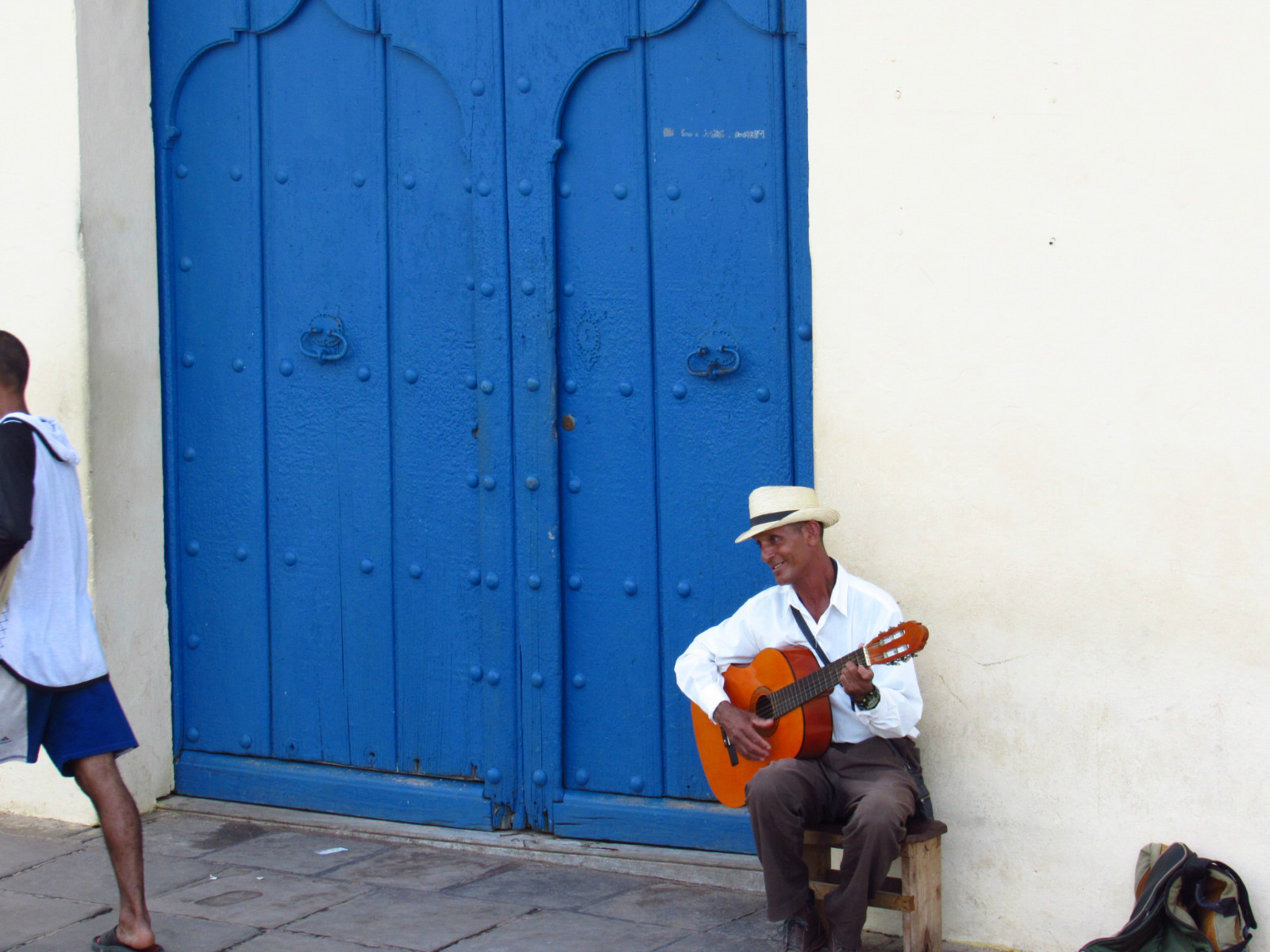 Trinidad exudes a more party atmosphere. Its centre houses a number of exciting bars that get crowded at night, sometimes with people doing the salsa. In the day, stroll through the colonial streets to enjoy the pastel-coloured shops, cafes, or just sit in the garden and listen to local buskers. Just a few kilometres outside are a few of Cuba's many amazing beaches, there is also the option to take a dip in the water. 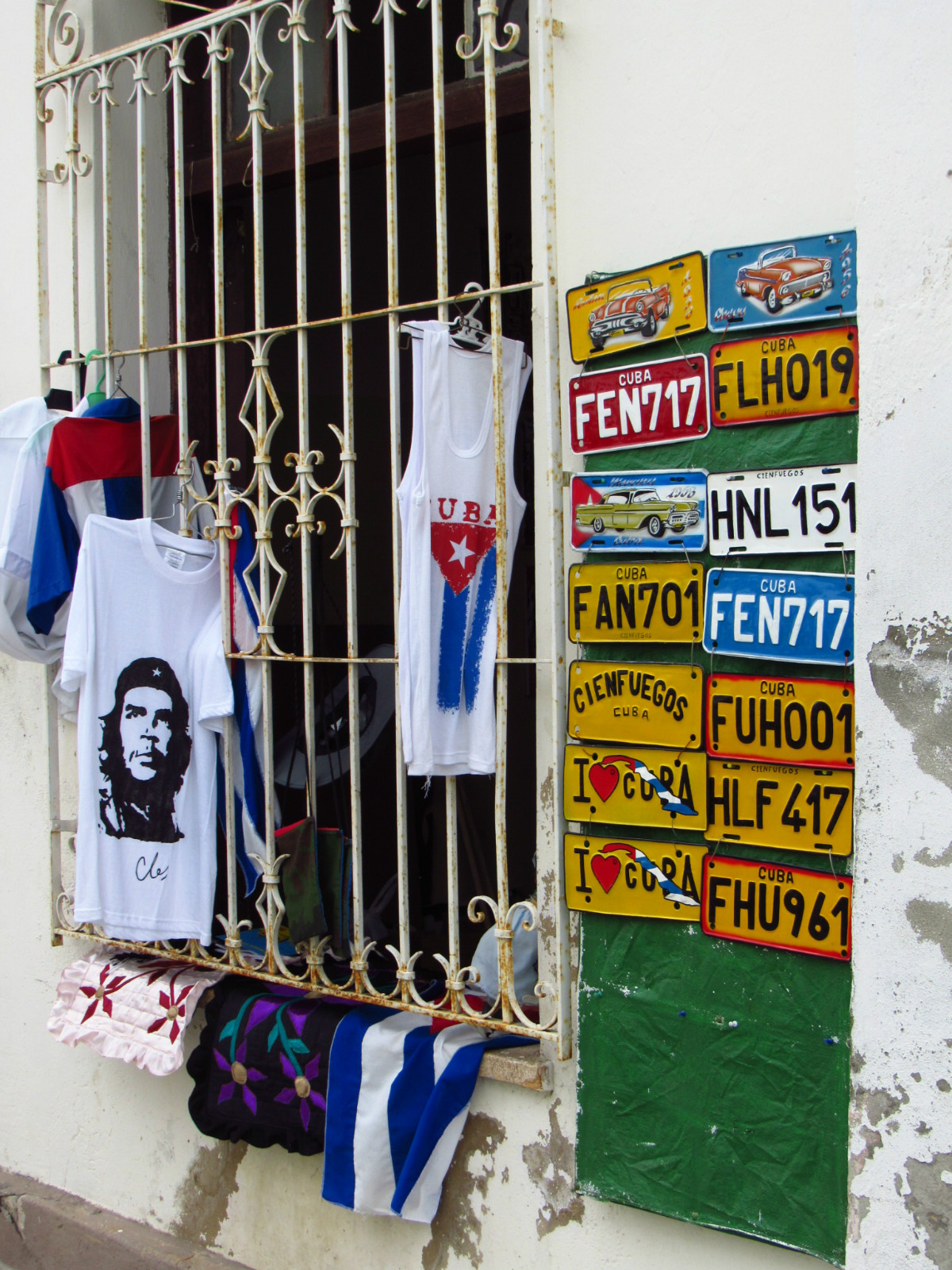 A local shop in Cienfuegos selling popular souvenirs, including all sorts of knick knacks featuring the iconic image of Che Guevara, hero of the Cuban Revolution. 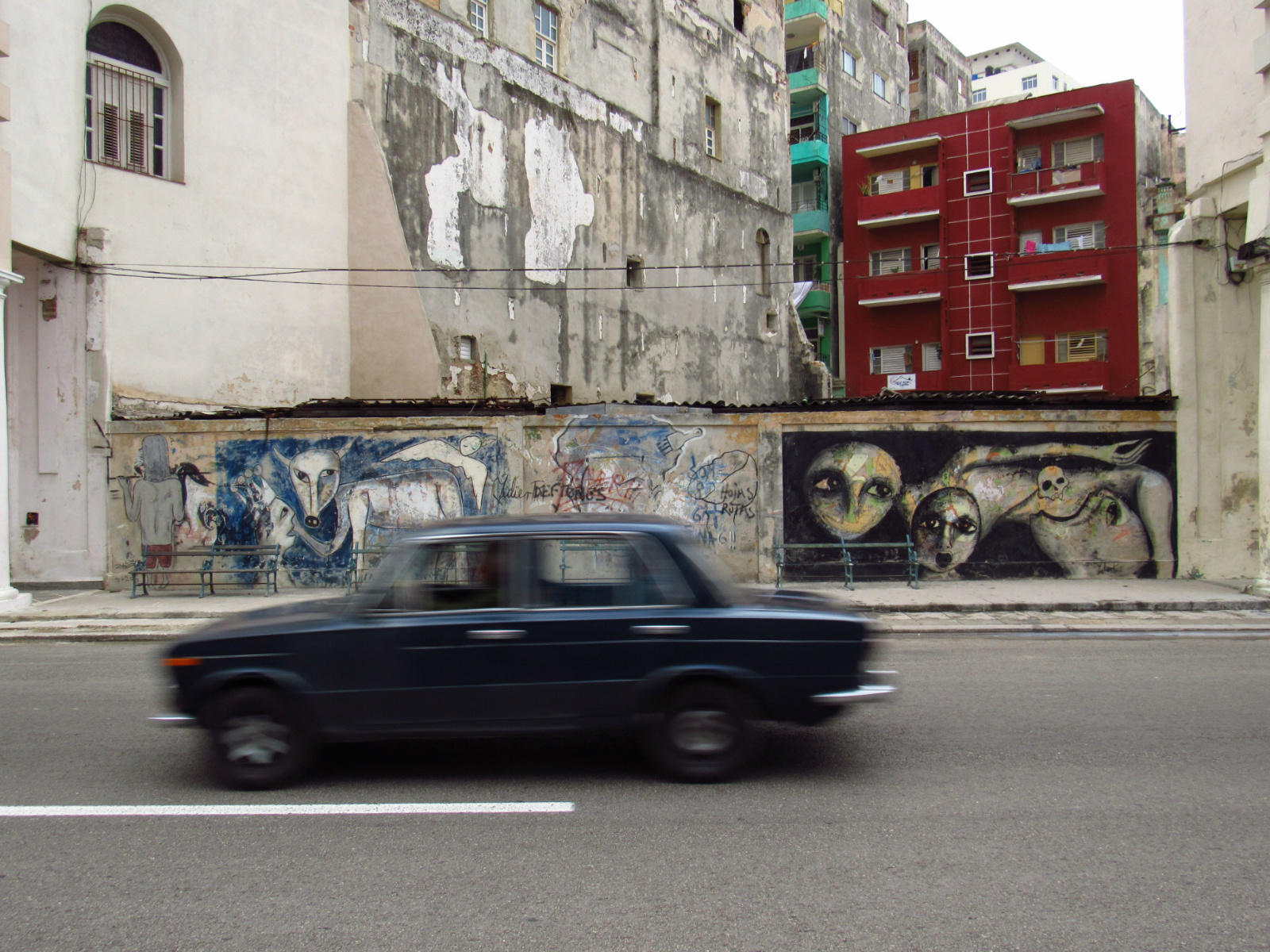 Grafitti scene in the centre of Havana. 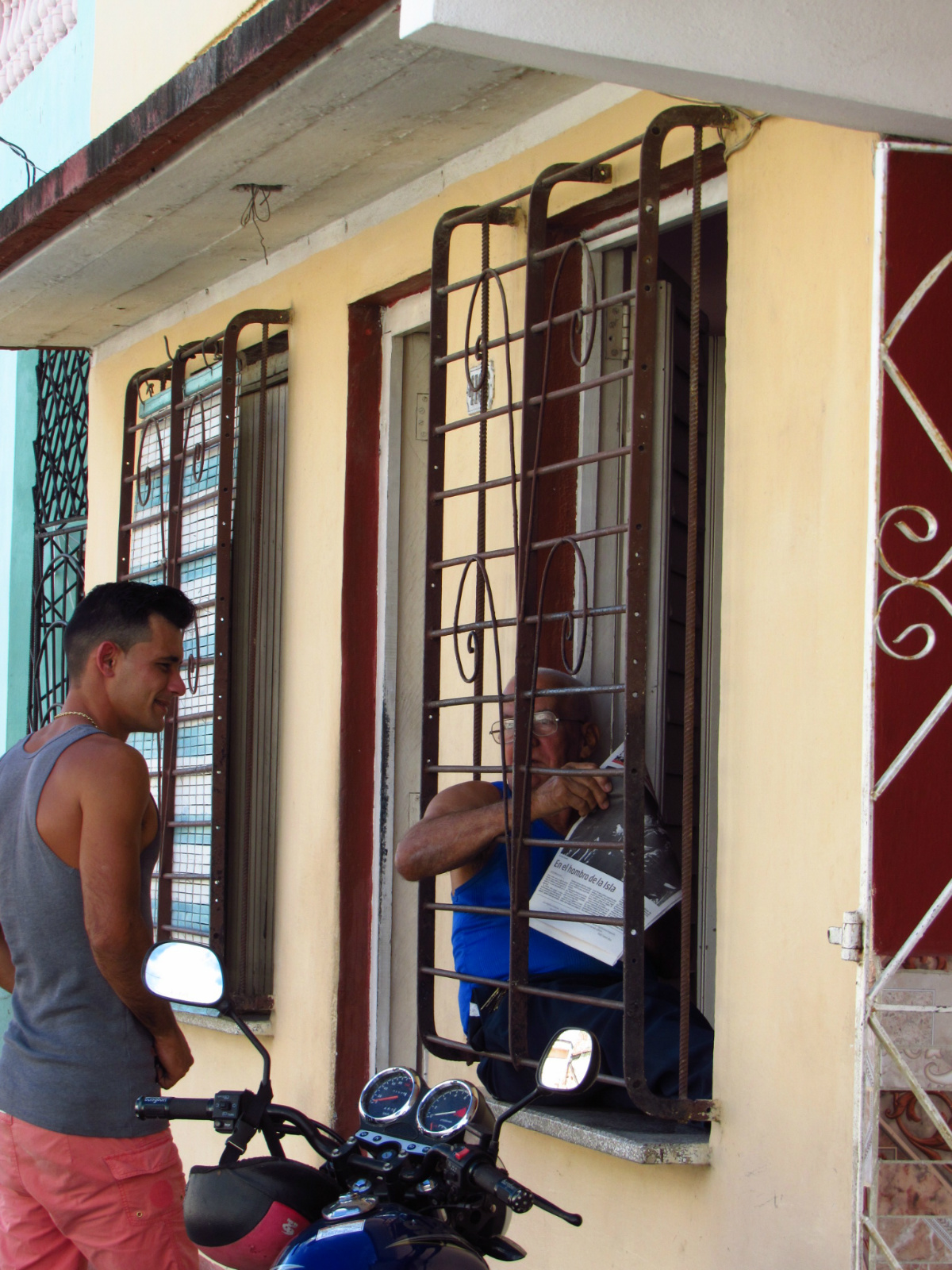 Few households in Cuba have access to the internet, people either surf the web at public hotspots, or just live in the moment. 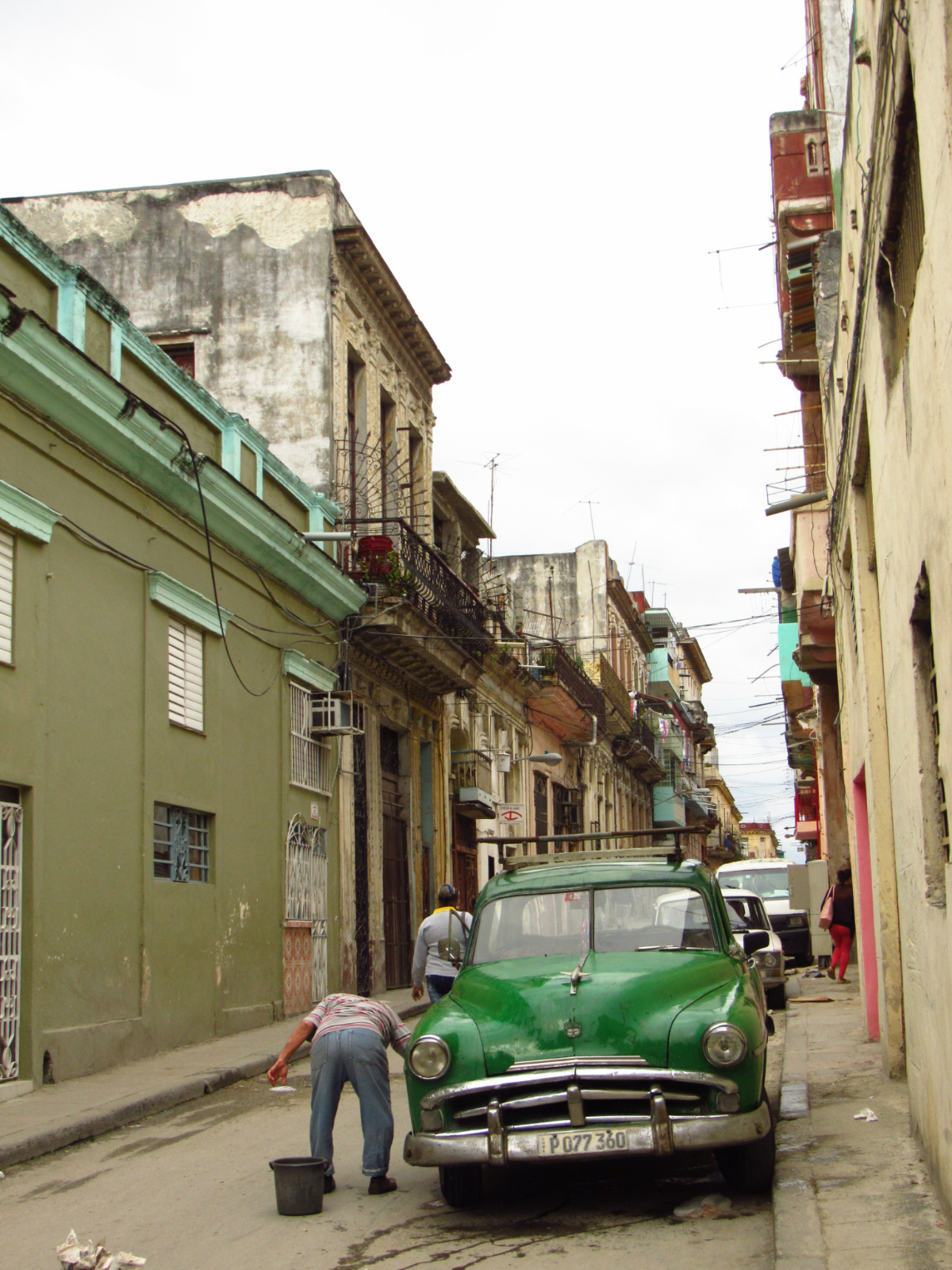 A typical street in Havana.

Navigating Cuba can be tough for novice travellers, but it's one of those places that looks and feels so outlandish, you have to be there to understand it. It is a place that goes back in time, to more simple days, but life for Cubans is anything but simple.